Which type of insurance are you looking for?

Our Roots: The Story of SouthEastern Mutual Insurance 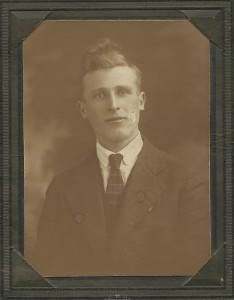 In 1938, a group of twelve farmers from Westmorland, Albert and Kent Counties, New Brunswick, decided to take matters into their own hands.

These twelve farmers came together with the common interest of protecting their families’ livelihood; sharing a vision of an affordable means for themselves and other farmers to insure their properties. On November 23rd, 1938, SouthEastern Mutual Insurance Company was born.

Over the years, SouthEastern Mutual Insurance has evolved as a company. For instance: today, we offer home, auto, farm, tenant and business insurance policies. In addition, we’ve trimmed our name to “SE Mutual”.  Furthermore, we are continuing to expand our presence in the province by partnering with brokerages in regions outside of southeastern New Brunswick.

In photo: Will Truman, farmer from Pointe De Butte, NB. One of the twelve founders of South Eastern Mutual Fire Insurance Company.

Home-based Business Insurance: Do I Need a Commercial Policy or a Residential Package?

Landlords: How Tenant Insurance Benefits You

Which type of insurance are you looking for?